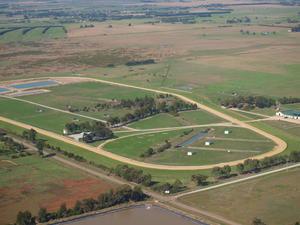 The son of Cape Cross settled second last in the field over the 1680m trip before Chris Munce hooked him to the outside and he finished off too well to grab victoriy right on the line.

Now a six-year-old, Cape Silver has only had thirteen starts however he has always promised to win his share of races. Now with his second victory under his belt, we are hoping that he can start to emulate the feats of his older half-brother Eskimo Dan who won the Group 3 Eclipse Stakes in 2008.

Cape Silver will now progress through his grades and aim to continue on his winning ways. Congratulations to his winning owners Chris Dooley and Jenny Laming who have enjoyed plenty of success with this family over many years.

Our other runner for the day Hidden Babe finished third after enduring a luckless run. All three of her career runs have been very good and she will be in the winners circle very shortly.

Well done to the team!