Do not miss this great opportunity 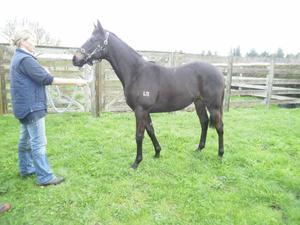 As the old saying goes, you can never have too much of a good thing. And while we at Laming Racing agree with this saying, we would like to give people the chance to join in the fun.

Our star filly Ringa Ringa Rosie who is already a Listed winner and Group 1 placegetter from only nine career starts, looks destined to progress to bigger and better things. We are lucky enough to have been given the opportunity to race her half brother, a yearling by leading sire Commands.

Commands is a son of the champion sire Danehill and he has already sired group 1 winners such as Purple, Undue, Skilled, Russeting and Paratroopers. These five names outline that Commands can produce top class horses of varying ages, distances and track conditions.

This yearling colt has the potential to be a great investment. With Ringa Ringa Rosie being one of the main chances for the upcoming Thousand Guineas and Victoria Oaks, a victory in one of those races will dramatically increase his value before he even steps onto the track.

Currently in New Zealand, this colt will remain there until he is broken-in, early in 2011. All costs incurred while the colt remains in New Zealand will be included in the price, this includes breaking-in, air transport to Australia, any veterinary costs, insurance and entry into the lucrative Magic Millions race series.

Do not miss the boat and regret it when it is too late. For those who are interested, please do not hesitate to contact David Cameron on 0447 998 188.