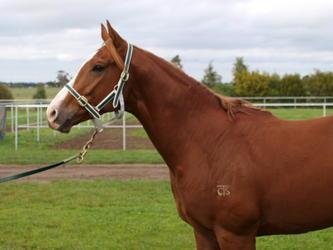 Face Value was a great horse for the stable during his racing career and his progeny are doing their best to ensure he keeps putting a smile on our faces.

Lightly raced three-year-old On Face Value resumed from a spell at Stony Creek on Saturday and was far too good for his rivals.

Coming back as a gelding, On Face Value had impressed on the track at home and we were confident of a forward showing. Jockey Brian Higgins settled him in a midfield position on the rail and he never went around a horse, saving plenty of ground in the straight and that proved to be the difference.

On Face Value is another winner from Laming Racing's breeding program. He was out of the unraced mare Rapid Dent who was also bred by Laming Racing.

Interestingly, Rapid Man, the sire of Rapid Dent was also trained and owned by Laming Racing so On Face Value represents a number of generations for Laming Racing.