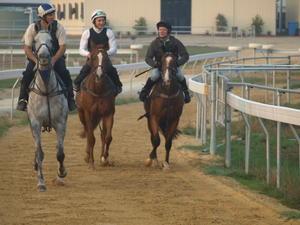 Richard Laming had his appeal against a three year disqualification heard on Monday and unfortunately, the appeal was dismissed.

Richard will complete his duties in the Victorian stable on Thursday January 13, 2011.

Laming Racing would like to assure all of our valued owners that the Victorian stable will remain in full operation and there will be no horses required to depart the stable.

Bevan Laming will continue to be based at our Queensland stables and will frequent the Victorian stables more often. Meredith Tuckett has been appointed as Bevan's assistant trainer and will be responsible for the day-to-day duties at Clyde.

As many of you will know, Meredith has been a valuable part of the Laming Racing team for almost a decade and we have no doubt that she will excel in this position.

We thank all of our owners for their support throughout this time and look forward to plenty of success in 2011 and beyond.