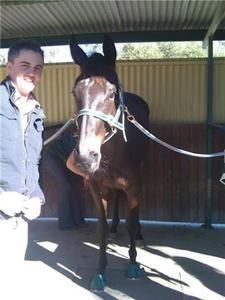 Most trainers like to target their local cup days and for our Victorian stable, Pakenham is just around the corner.

Pakenham hold their annual cup meeting this Sunday and it promises to be a great day with perfect weather predicted and some very competitive races across the board.

We will be represented by five runners who are all ready to show their best. Kicking off the day are two maidens who shouldn't be maidens for too much longer.

Like Clockwork is a lovely Reset gelding who has had two recent starts in Queensland before heading down south. He will find his best form over further however he cannot be discounted.

Teretoa has already had twelve starts for six minor placings and on Sunday steps back up to a more preferred distance of 1750m. He should be right in the finish and once he wins that elusive first race, you can expect him to win a few more quickly.

Later in the day we have a couple of very nice females resuming from spells and both are ready to perform well. Lamichi lines up over 1300m and Mrs Elle (pictured with part-owner Nick Macdonald) over 1000m. Both have drawn barrier 1 and both will be ridden by Ibrahim Gundogdu. Expect each of them to be very strong at the finish.

Finally, Naadji steps up to 1750m after his promising first-up run at Ballarat last week. Michael Walker, who was very upbeat in his assessment of Naadji after his last run will retain the ride.

Good luck to all involved on Sunday and we hope to see all our stable supporters out at the track.