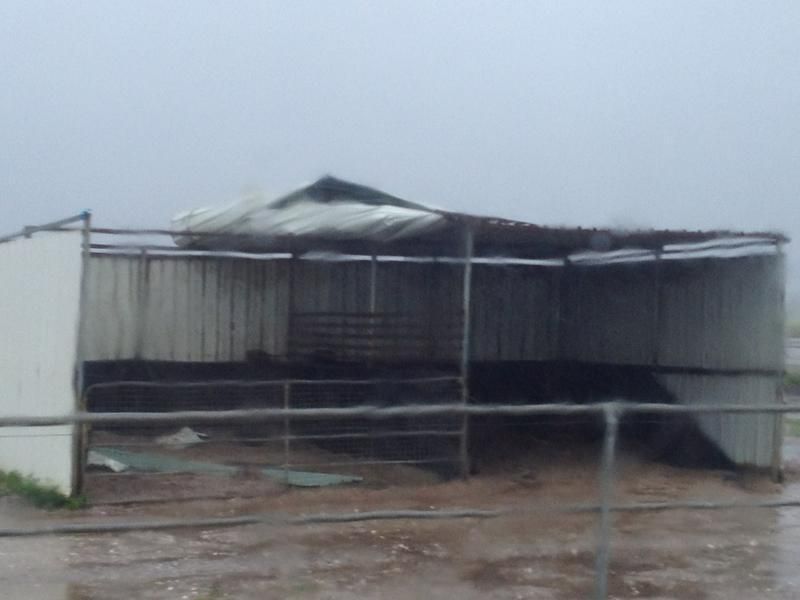 As cyclone Oswald slowly made his way down the coast from Northern Queensland,by the time he reached our stables at the Gold Coast he had been downgraded to a tropical storm but still managed to pack plenty of punch.

Raining consistently for three days dumping 314.2 mls. causing flooding in many of the paddocks and the surrounding cane fields. The flooding fortunately was not as extensive as the downpour back in January 2012 which pretty much flooded the whole of the stables resulting in majority of the horses having to be moved to the Magic Millions Complex at the Gold Coast until the waters receeded.

With Behms Creek running through the back of the property and the Pimpama River not far from the front, both of which run into nearby Moreton Bay, we were very lucky there wasn't a King Tide or the flooding would have been much worse.

Accompanying the rain was then the massive winds that whipped up on the 2nd day. Blowing for a good 18 hours with gusts up to 114km/h that was when the damage began. Roofs were blown back on some of the shelters and some of the running rail was blown down. Trees were blown over in surrounding areas and there was a lot of debris left on the roads.

The power went out in the area Sunday night and was not restored until Wednesday morning with carnage in larger areas and the train line to Brisbane cut at nearby Ormeau, our smaller populated area was not considered a priority and so hence the delay in the electricity restoration.

The surface water disappeared quite quickly over all with the sandy soil and low tides. The sun came back out which was a welcome sight but then caused sauna like conditions which were quite unpleasant. Everyone was safe though, both two and four legged which was was everyones main concern and the damage done will be easily fixed. Hopefully storms like that don't make it down this far again.