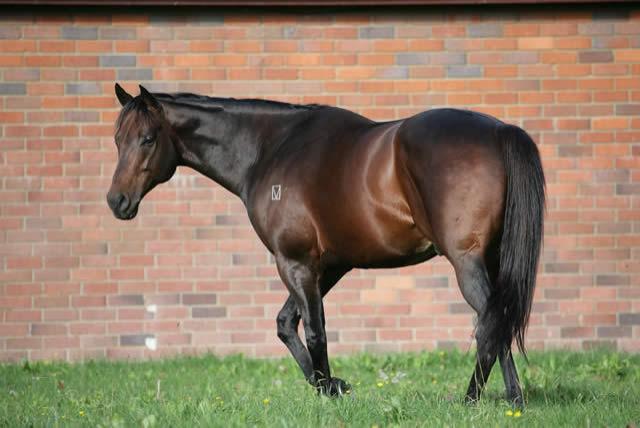 Another couple of lovely young horses being prepared by the Laming Team are a pair by Darci Brahma (pictured), a stallion who is on a steady rise to stardom in the breeding ranks. With his oldest progeny being just 4yo, he already boasts an amazing 103 winners out of 161 individuals. A remarkable feat in that he was only retired to stud in 2007,that being The Oaks Sud in New Zealand which is owned by long time supporter of our stable Dick Karreman.

A now 10yo stallion with a blueblood pedigree, being by Danehill out of Zabeel mare, Grand Echezeaux, he had a very successful racing career with 19 starts, winning 10 of those including 5 Group 1s and running 2nd in another 5 Group 1 races.

The 2 Darci Brahmas in our care are Rocbolt, out of Upstaged, who won 3 races herself and is group and stakes placed. She has had 1 filly to race and win also by Darci Brahma. Rocbolt is a lovely 2yo who was recently gelded and has just begun trotting and cantering around again after a month off. He has a group of 5 friends which own him along with Bevan who are eagerly waiting for him to have his first start.

The other Darci is a lovely strong 2yo filly out of Vision called My Eyespy. Vision is part of a successful family that were prominant in New Zealand. She had 25 careers starts with 4 wins and 5 placings, 2 of those placings were at Group level.

My Eyespy has recently returned to the stables in excellent order after a couple of weeks at the water walker and keen to get back into work on the track. Both our Darci Brahmas are beautifully bred and lovely types and the stable look forward to them making their debuts in the future.