Laming Racing Continues To Prosper Through The Month Of May 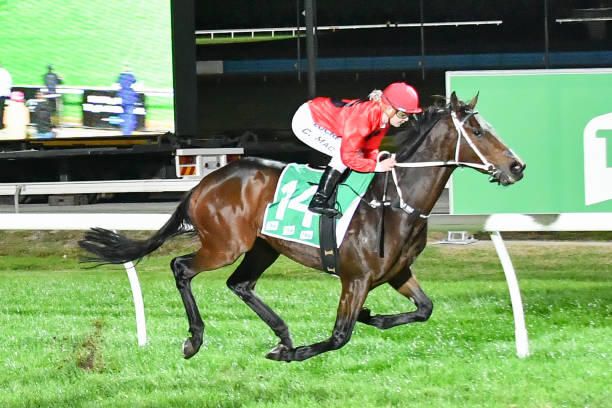 Another cracking month by the Laming team saw May come and go with a host of stable winners and a string of runner placings, the results should pave the month that was, to ensure a progression into June, could be another month well celebrated.

Three-year-old Bay gelding, Stratum On Fire lived up to his name when producing the goods at start number two, by removing the maiden tag on the Pakenham synthetic over 1400m. Brian Park produced the gelding after travelling sixth via the 800m and 4th via the 400m, to score an emphatic victory over Belichick with the Rouseabout the next to arrive.

A race to race double was the order of the day for the local training establishment when competing at Cranbourne on Friday, 11 May after the track was downgraded to a heavy 10.

The team kicked off late in the card by scoring a BM70 handicap win over 1200m with Jamaican Rain, scoring a six-length victory under Ms Chelsea McFarlane to live up to the favouritism tag over Scoliaro with Nothing But A Saga the next runner in.

By the final event, Malmas was not to be outdone under Ms Chelsea McFarlane, scoring a dominating win on the program to take out the 1500m myliquoronline.com.au Mile Serie Heat 3 by a massive seven lengths beating home the well-supported favourite in Linguist.

Mr Monaco continued to race well when the three-year-old chestnut colt scored a maiden win on May 17 on the Pakenham synthetic under Chelsea McFarlane, running on from towards the tail of the field to score a positive 2.25 length win over the mile to hand connections a pay cheque in excess of $23,000, Keeping the runners good form intact.

Switching to Queensland on May 18 saw our 4yo Chestnut Mare, I Remember You take out a class 1 handicap under Michael Cahill, to pick up a winners cheque for connections after dominating the 1200m event to score in the end by a narrow 0.2 lengths. The time for the trip was clocked at 1:10.38, to credit the Written Tycoon Mare with her 2nd career win.