Laming Racing The Month That Was “June” 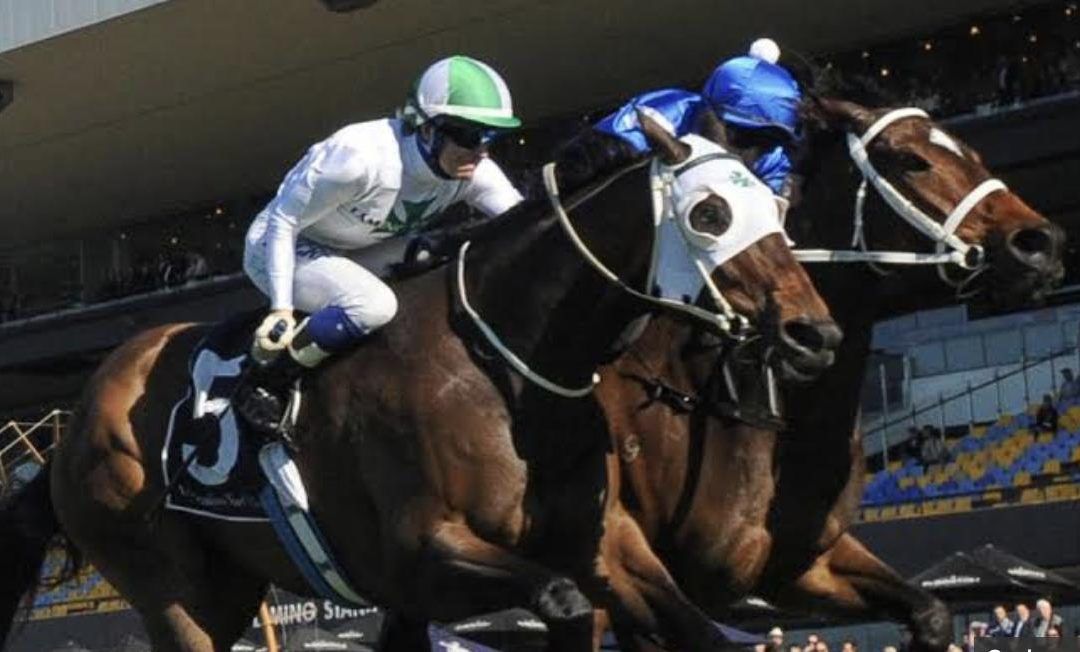 The team kicked off June with a bang after Dogmatic collected a three-year-old handicap prize over 2000 m at Caulfield when Dwayne Dunn piloted our runner from barrier 3 to score over the staying distance of 2000m by 2.25 lengths to Tysonic with Mangione the third to arrive in a time of 2:03.67.

Dogmatic is a 3-year-old Bay gelding by Domesday out of Unswerving & collected win three at start eight and now has on his resume wins from a mile to 2000 m for connections, his two runs since have seen him place, first at Sandown lakeside backed up by a runner-up cheque at Caulfield.

Fast forward to June 16 at Echuca and it was He Ekscels turn under a dominate Dwayne Dunn ride scored a win over 2100 m on a soft 7 of benchmark 78 stature after swooping to the lead, went on with the job to score in a time of 2:17.05.

He Ekscels is a five-year-old Bay or Brown gelding by Ekraar out of Serendipity having scored the win to make it win 4 at start 21 earning owners just under $60k for the effort, however 13 days later He Ekscels certainly did, when taking out the Kensei handicap on a heavy 8 at Rosehill under Ms Jenny Duggan when removing 2 kg of the 53kg allotment to win by a narrow margin, in advance of the well supported So You Win with White Boots the next to arrive.

Not to be outdone our two year old ranks are certainly proving talented with Hard Press taking out a two-year-old handicap at Morphettville on June 29, finishing first of 6 when defeating Grinzinger Express by 2.7 lengths in a time of 1:17.55 with Magic Phantom the next to arrive over 1250m with our runner perfectly piloted by Raquel Clark after leaving barrier 6.

Hard Press is a two-year-old by Shamexpress out of Hardassah and recorded the maiden win at start 2 following on from a fourth of 16 at Sale under Jamie Mott when arriving 2.7 lengths behind the winner over a thousand metres, a cracking start to hopefully a successful career for the youngster.

The very next day on June 30, Equaletta scored at Bairnsdale under Ms Jessica Payne with a positive ride resulting in a positive win for connections when finishing first of 9 x 0.2 lengths in a time of 1:14.07, beating home Proper Rouge and Hezafox on this occasion.

Equaletta is a 2-year-old bay or brown boy by Equiano out of Galletta & is raced by Aj’s Bakery, who kicked off the debut at Moe on a heavy 10/1100 m when not disgraced running third of 13, 1.75 lengths behind Scorpius under Ms Jessica Payne leaving barrier 1 at $30-1, the race experience there saw him move on to Bairnsdale confident, as the market saw him fairly well supported at 8 to 1.

A great month for the stable with numerous other close results, which we now look forward to converting some of them into race wins for our clients.

Good luck to all throughout the month of July.