Winners throughout the month of May 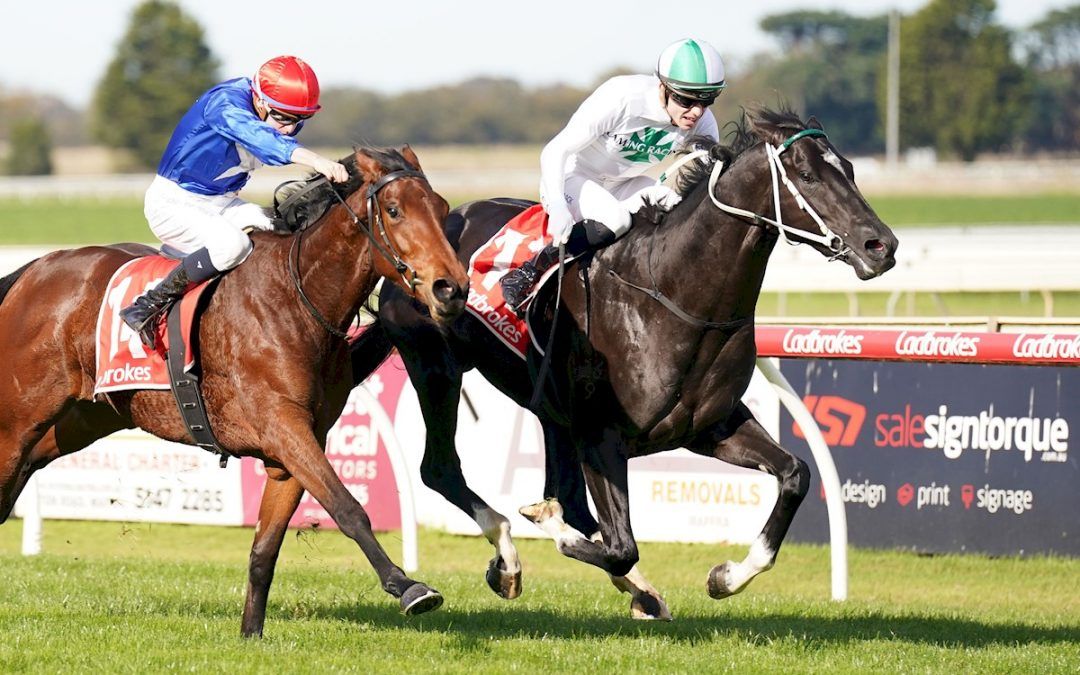 The team saddled up more numbers than recent months and positive results were immediate, with BANK MAUR, winning on debut, GEE BEE ESS wining her maiden at start 5, & PURE DEAL chalking up win 4 at start 23.

The career kicked off for valued connections in the most positive of fashion when Bank Maur won race two at Sale on the 25th of May when the Maurice out of Banksia colt scored albeit by a narrow margin on debut when beating home Quang Tri from Shootthelightsout in a time of 1:11.22 when travelling positively under the guidance of Thomas Stockdale scored from the 6 alley at single figure odds ($4-1).

Bank Maur is by the exciting sire Maurice an 11 time winner including The Hong Kong Jockey club Group 1 mile out of the Redoute’s Choice mare in Banksia a two time winner and half sister to Foxwedge.

Bank Maur is her first foal & has since foaled a full brother to Bank Maur (Maurice) and a filly to Written Tycoon.

Four-year-old gelding, Pure Deal by Dundeal out of Elegant Attire had recent races up North though a trip down south proved valuable, second up from a spell when scoring at Echuca on May, 14 over 2100m.

Pure Deal was contesting on a heavy 8 at 0 to 58 hcp class under Aaron Lynch piloted the runner to score a convincing 3.75 length win after travelling towards the tale of the field at the 800m, took the lead with 400m to go and raced away to score in advance of Our Cavalier with Aragon the third runner in over the staying type trip.

A great performance so early in the prep over the staying type journey.

Four-year-old brown or black Mare, Gee Bee Ess, by Testa Rossa out of Nubian took only five runs to score a maiden victory for a valuable team of connections when scoring at Cranbourne on the 27 of May over 1200 m when competing on a soft (5) surface for Fllies and Mares scored the maiden victory under Thomas Stockdale from barrier (1).

Gee Bee Ess traveled better than midfield via the 800m,  improving by the 400m as the mare raced to the lead to beat home Jebel Hafeet from Angel Of Boom with our runner at improving $8-1 odds.

Gee Bee Ess proved her hoof was heavily on the till prior to the victory after solid performance previously at Bendigo, Sale and Echuca lead to the maiden win.

Good luck to all connected with your runners throughout the month of June. (Team Laming)