Winners Galore For The Laming Team Across April 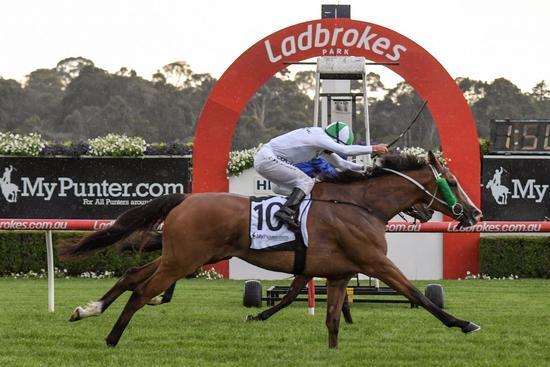 The Laming stable is quite accustomed to supplying winners each month & in the month of April, it proved no exception with a host of runners greeting the Judge, suppling race winnings into the pockets of some of the stable’s ownership groups.

The first of the stable runners to score in April was when Raspberry Rose landed a Sale prize over 1100m when contesting a BM64 Hcp With Ms Jessica Payne landing the prize by three quarters of a length in advance of Light On Ice with Innocent Lily the next to arrive scoring in a race time of 1:03.70.

Four days later on April 8 at Ballarat, Mr Storm was not to be outdone, collecting a BM64 prize over 1400m with Damien Oliver positively riding the galloper to victory by a narrow 0.4 lengths beating home Allspice from Confluence in a time of 1:26.24 in impressive fashion.

On the 13th, Of April at Cranbourne, Kaluna, chalked up a win under Ms Jessica Payne arriving 1.25 lengths in advance of Indiana Lilly with Cincinnati Red the third runner in, after competing over 1400m, in a dominant front-running display when scoring in a time of 1:27.83.

On the 16th, Of April, Valeria Messalina scored at Mornington taking out a 1500m event with Jamie Mott the pilot scoring by a massive 4.25 lengths after travelling ninth by the 800m & 7th by the 400m, to storm past her rivals to register her maiden win, clocked in a time of 1:33.80.

Raspberry Rose competed at Bairnsdale & chalked up the second of her wins for connections in the month when arriving first of 8/1200 m with Ms Jessica Payne landing the 1200m event by 2.25 lengths when positively ridden out in front, scoring in a race time of 1:10.80, when contesting a BM 64 Hcp.

Mitrust scores a three-year-old Colts & Gelding 1300m victory when arriving first of eight after sitting forward with Ms Jessica Payne aboard breaking the maiden status over 1300m, when beating home Star Clipper and Ping Ping by a half head margin after leaving from barrier (6).

On April 27, Charcol arrived first of seven with Brian Park on top when defeating Spearhead and Zimzala by a narrow margin after travelling with two runners behind its rump, before taking off in the straight and scoring the 1400m BM64 in fine fashion.

Congratulations to all our winners and to more success in the following month.

There's no better day than a day at the races with mates! So, have a crack, grab your mates, work colleagues or family and you could soon be living your horse racing dreams!