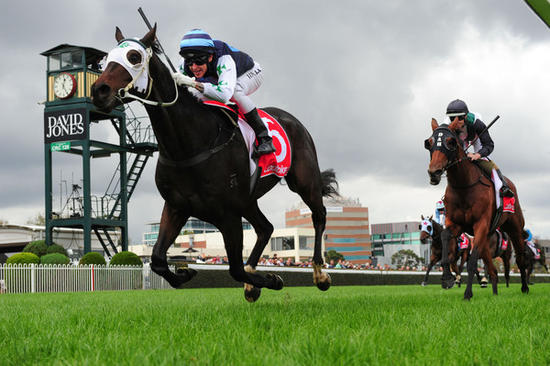 Laming Racing has acquired many horses this year from New Zealand, most of which are performing to standard on both the Training and Race Track.

New Zealand has in the past produced Group level horses such as The 2015 Melbourne Cup winner Prince Of Penzance along with Mongolian Khan who won the 2015 Caulfield Cup and masses a whopping $3.9million in Prize-Money.

SLY ROMANCE, a stable favorite has had a few ups and downs this preparation but he is now headed the right way and we aim to have him ready for the 2017 Wellington Cup back in New Zealand.

JIMMY HOFFA a 6yr old Gelding trained by Bevan up in QLD has been going great of late having won his last 2 starts over 2200m at Grafton and The Sunshine Coast.

We have a 2yr old Colt by Super Easy (NZ) out of Shanpanichi that is set to be named EASY BEAST. Easy Beast is breezing through all of work and he has been aimed for two big races in the coming months, hopefully he can continue progressing well through his preparation and tackle these big races with a mountain of steam under the saddle. He has been nominated for the 2017 Blue Diamond Stakes and The 2017 $1million Karaka Millions in New Zealand.

Through the imports this year from New Zealand we have also seen horses begin their preparations in Australia such as FEED THE BEAST (3yo Shamoline Warrior x Brazen Hussey Gelding). Feed The Beast recently had his first race start at Pakenham where he ran well to finish 5L off the leader.