A Massive Month Of Winners Including The Group 3 Mannerism 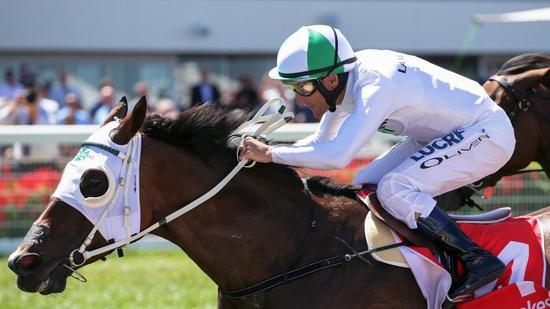 It didn't take long for the team to kick off proceedings for the month of February when our runner, Flo Jo Snip opened the account in a BM 58 handicap under Richard Bensley, confidently securing the 1200m race 2.25 lengths at the Sapphire Coast on February 2.

Scoring at 62 kg in advance of Halliday Road with Francisco Pizaro the next to arrive with our runner taking the honours at 5 to 1.

At the same venue the very next day on February third Easy Beast scored the Bega Sprint BM75 handicap over 1200m with the visiting Tegan Harrison scoring the run to pocket connections $19,900 in a time of 1:10.92 when travelling just off the pace via the 800m to go to the line to knock off Torchbearer in advance of Tiger By The Tail when taking out one of the featured events.

The stable chalked up a double when Herecomesmybaby landed first prize of 8 pocketing owners $15,100 in prize money under Nikita Beriman at 64kg when travelling fourth at the 400m before hitting the line to arrive in advance of Sestina from Denver in a time of 1:25.58 topping off a great weekend for the Sapphire Coast visitors.

On 4 February the stable put together another double when Aurora Sunset scored over 1200 m at Sale under Michael Walker, when romping in by 3.5 lengths after travelling second of 9 passing the 400m with the odds on commodity picking up $19,250 for connections when beating home Rubyanna Jane from Pomposity from barrier eight ticking off the maiden box.

Reef Master was another score on that same card when Michael Walker took out a three-year-old maiden at set weights over 1100m on debut, to beat home a field of six after traveling fourth by the 800m before moving up to sit third by the 400m before edging clear to beat home Paperboy with Akkas Meteor the next tour arrive in a time of 1:05.54 with the last 600 m in 35.34 to score from barrier (1).

The winners kept coming on February 20 when All Hard Wood arrived first of 11 under Damien Oliver picking up a benchmark 70 handicap over 1400 m to land connections the $27,500 in their pockets out of the $50,000 when leaving barrier 5 to sit fifth at the 800m and fourth by the 400m with the odds climbing past the 10-1 odds on offer to score in advance of Declarationofheart and Battlecamp in a time of 1:24.69 after leaving barrier (5) at 58.5 kg.

The highlight of the month was when our classy six-year-old Bay mare Jamaican Rain by Manhattan Rain out of Heriz, chalked up more black type for connections when landing the GROUP 3 Mannerism over 1400m under Damien Oliver to secure win seven at only 13 starts, earning prize money exceeding $338,000 this time picking up just over $96,000 when leading passing 400m to boot clear by three quarters of a length at odds of 6 to 1 to beat Naantali from Tellyplay at 58kg earning four wins from her last five starts.

Trainer Richard Laming’s decision to stay at home has been vindicated with Jamaican Rain led throughout to win at Caulfield.

Jamaican Rain has shown a liking for soft ground and that was in the back of Laming’s mind deciding between Saturday’s Caulfield and Rosehill options.

“I thought about it for three hours before deciding to stay home,” Laming said.

“He got away with some nice sections and kicked at the top of the straight,” Laming said.

“It was no surprise but it’s always good to get the job done on raceday.”

Included in those wins was the Listed Glasshouse in Qld under Tegan Harrison by 3.75 lengths back to the locals Privlaka & River Racer to claim a further advancement of prize money of some $108k, for the highly talented Mare.

Jamaican Rain lead throughout to win at Caulfield

Shoot For Coomah was also a winner most recently under Brian Higgins over the 1100m dash for maiden runners to remove the tag at favorite odds at start number 4, proving that the stable is off to a great start for the month of March.