More Winners Throughout The Month Of March 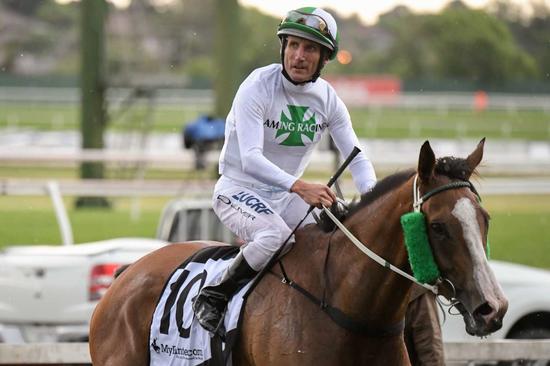 A mixed month for the team throughout March with winners recorded, though not quite as celebratory as towards the end of February when Jamaican Rain outstandingly took out the Mannerism Group 3/1400 m at Caulfield under Damien Oliver when beating home Naantali from Telleplay for a share of just under $100,000.

After the high of racing we experienced the low, after our highly talented runner Payroll failed to finish in the Matron Stakes under Ollie after sustaining serious race injuries & was humanely Euthanized.

Payroll (pictured) was a 6yo mare who amassed prizemoney of just under $540k from 29 starts for 5 wins & 9 placings, a true workhorse in all facets who kicked off her career with a maiden win at 2, she was a winner of listed races throughout her career highlighted by a victory in the Eclipse Stakes Of Group 3 stature at Sandown under Damien Oliver over 1800m when defeating a quality field including place getters Kidmenever & Jacquinot Bay, she was a true champion.

It didn't take long to kick off a winner for March, as on the 2nd day of the month, Shoot For Coomaah saluted at Wangaratta over 1100 m in a maiden set weights under Brian Higgins arriving 0.3 lengths in advance of Brilliant Beaver with Bone Dry the third runner in, with a time recorded of 1:04.37 for the trip.

The win by Shoot For Coomah recorded a competitive last two efforts by the galloper with a second of seven at the Sapphire Coast backed up by the outstanding Wangaratta win.

On the 9th day of the month, our Gold Coast stable had a class 1 win via Okochi Archer under Ryan Plumb taking out the 1800m prize by just under 1/2 a length to Fille Gris from Blackmailer in a time of 1:49.43 on a good 4, to record win 2 at start 9.

On the 10th day of the month Mitrust secured a mile prize in a BM 64 handicap under the guidance of Ms Chelsea McFarlane saw the apprentice piloting the runner to a narrow margin victory when beating home Roar for the prize with Notable Choice the third runner in in a time of 1:41.17 to hand the four-year-old Bay gelding win 4 at start 10.

Not to be outshone, our team saddled up Suretoshine for a maiden win at start 4 at Cranbourne, with the Darci Brahma 4yo commodity taking out a mile win of F&M maiden stature under Dwayne Dunn in fine style, to put the cue in the rack quite early when defeating the field of 7 by 1.5 lengths in a time of 1:39.98 to secure the lions share of the $35k prize pool.

A big month lays ahead for the team including likely tilts for Group 1 glory for Jamaican Rain, who’s current nominations include the Coolmore Legacy Stakes & The Star Doncaster Mile both at Royal Randwick.