The Team Saddle Up More Winners Throughout April 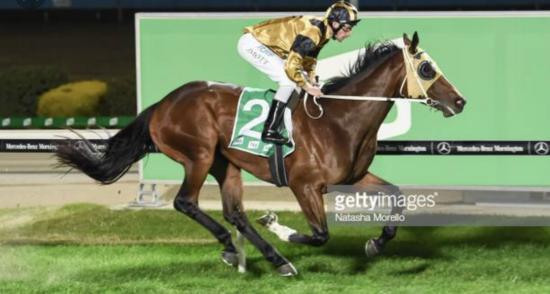 The Richard/Bevan Laming team kicked off with winners for the month of April locally at Cranbourne on the fifth of the month when Zouy’s Comet received the thick end of the 1500m prize under Jamie Mott after leaving barrier 6.

The gelding coasted along in the first few in the running before cruising away in the concluding stages to score by some 3.5 lengths following on from his maiden win at the same venue from the previous prep.

The most recent win for the three-year-old Zoustar commodity out of Queens Elect helped pass the $40,000 prize money mark after only a handful of starts.

On the 14th Of April Flo Jo Snip took-out an 1100m race and Port Augusta when partnered by Kenny Lau, raced away from the field of runners after dominating early with the well supported runner scoring by 2.3 lengths in the BM64 handicap to defeat Husson Park from Geordie's second when arriving third.

The six-year-old Bay Mare by Snippetson out of Montecatini notched up win number six with 11 placings from 34 outings earning prizemoney for Final Furlong thoroughbreds and associates of $112,000 in combined prize-money.

The Team Continued their winning ways on the 12th Of April when Paint The Town Two landed a Cranbourne prize over 1500 m under Michael Walker taking out a BM64 handicap by 1.75 lengths to Alsvin from Pop Queen in a time of 1:31.02 after travelling worse than midfield throughout to serge clear to collect the prize.

Paint The Town Two by Darcy Brahma out of Italic brought up win 2 with seven placings recorded from 14 starts earning a shanti under $50,000 for connections & her first win since joining the team.

In Queensland the team is ticking over well after Taverne scored a Sunshine Coast prize on April 14 in a maiden set weights under Michael Cahill when racing on a soft 6/2200m after traveling positively throughout to race away at the conclusion of the event to score by 1.25 lengths to Chainsmoker.

Taverne by Tavistock out of Danness scored the maiden win at start eight and improved on recent runs to add just over $11,000 extra in prize money to help add to the total of just under $25,000.

So You Wish had another win under Michael Cahill when taking out a ratings band 0 to 65 event over 1690 m to score by a lip to Mr Dumont from Downloading in a time of 1:44.35 when scoring at good odds for connections.

The win was the fourth for the horse & jockey combination including a number of placings from 14 starts.

So You Wish was a massive improver of recent runs and again showed a liking for the Ipswich surface taking career wins at that track to two from four appearances.

Good luck to all connections whilst racing across the month of May.