Continued Success Throughout The Month Of April For The Laming Team 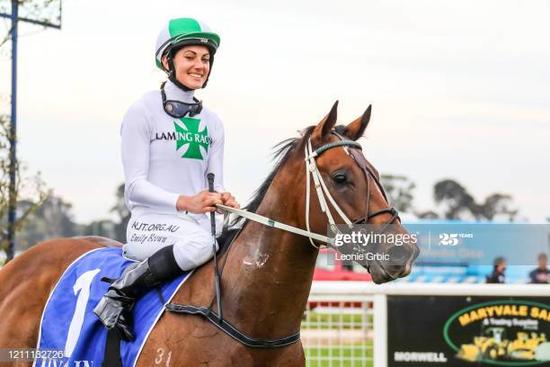 The team at Laming Racing achieved more success throughout the month of April with The General, Clever Blaze, Rocbolt, Top Pins and Moi Choux all tasting success as racing continues, albeit in different circumstances due to the continued threat of Covid 19.

The first winner for the month of April for the Laming team was on the third of the month when competing at Cranbourne on a soft 6 when The General took out the benchmark 70 handicap over the thousand metre dash with Jye McNeil scoring back to back wins by an impressive three lengths in a time of 58.45 for the trip when beating home Pariano from Deep Euphoria to arrive at odds of around four dollars.

The next day On April 4 saw Clever Blaze strike on a heavy 10 track and was always positive before careering away under Brian Park to score in a 0 to 58 handicap over 1400 m at Werribee taking out the event by 3 quarters of a length in advance of the Diamonte Girl with Joe's Pride the 3rd to arrive in a time of 1:33.75 at odds of four dollars for win 4 at start 34.

On the 19th Of April in Queensland at Ipswich, the Laming stable trained Rocbolt to a benchmark 68 handicap win after a positive ride by Michael Cahill scored on a soft 5/2170 m to win by 0.3 lengths in a time of 2:16.3 to defeat home Husson’s Pride with Dream Builder the third runner in to give the Darci Brahma gelding Win 9 at start 60 to post earnings in excess of $184k.

On the 23rd Of April we saddled up a Pakenham winner with Dwayne Dunn piloting, Top Pins to a benchmark 64 handicap win positively ridden at odds of $5 to 1 to beat home Splendoronthegrass with Beaverbrook the third runner to appear,giving the pins Filly another outstanding victory with five runs posting three wins and a placing earning prizemoney in the $50,000 range for connections.

On April 28 the Laming team scored another fine victory for the month with Emily Brown steering Moi Choux to a benchmark 64, Sale victory when competing on a soft 6 over 1012 m saw the positively ridden Jimmy Choux commodity score by one and three-quarter lengths after leaving barrier 2 to beat home Humzz with The Executioner the next runner in a time of 59.78 with our runner supported early at $6-1 before a betting drift to $12-1 chalk up win 3 from 4 appearances to take career earnings to just over $42k for the handy 3-year-old Bay.

This month we’ve seen a mix of wins and close calls as the team flew high throughout April, and with the form some of our other runners are displaying, we should more positive results beaconing throughout the month of May.

Good luck to all and keep well.