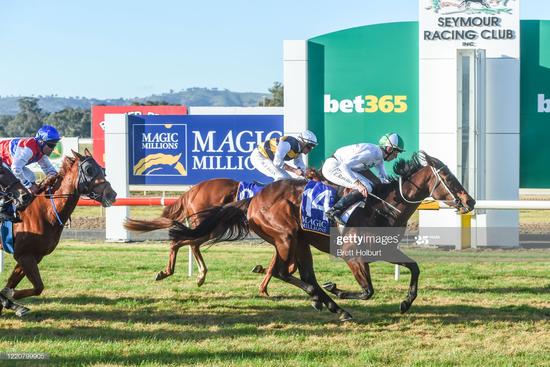 The stable continued to saddle up winners throughout the month of June when on the first day of that month at Pakenham Mr Monaco continued he’s winning ways when piloted by Michael Walker to land a five length victory over Chaba Charli when competing on the synthetic over 2200 m with the five year old chestnut gelding chalking up win five at start 28 earning connections in excess of $180,000 beautifully piloted by Michael Walker from barrier eight. 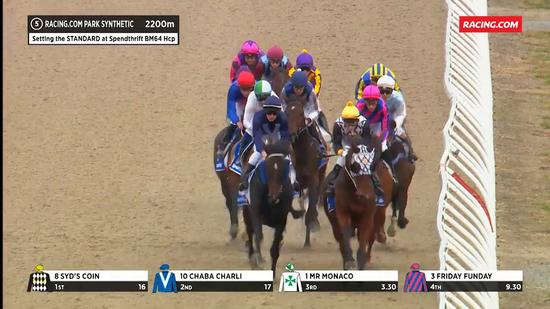 On 13 June Shot Of Irish was not to be outdone under Michael Walker when the runner shared the spoils with German import Plein Ciel when competing over a mile to share the prizemoney with the judge unable to separate the first 2 to the line.

Shot Of Irish has been a beauty for connections with the runner winning nine times placing eight from 24 start for a total of just over $280,000.

On the 4th Of June at Wangaratta Clever Blaze took out the event by three lengths when beating home Reward Ruby from She Won't Leave with Michael Walker piloting our runner to perfection after positively handling Clever Blaze over 1590 m in an F and M benchmark 64 handicap to score in great fashion.

A visit to Seymour on the 18th Of June saw Clever Blaze picking up another win when taking out the benchmark 64 over a mile In advance of Scantoon from Mollys Wanted with Michael Walker scoring by 0.2 lengths on that occasion in a time of 1:36.81. 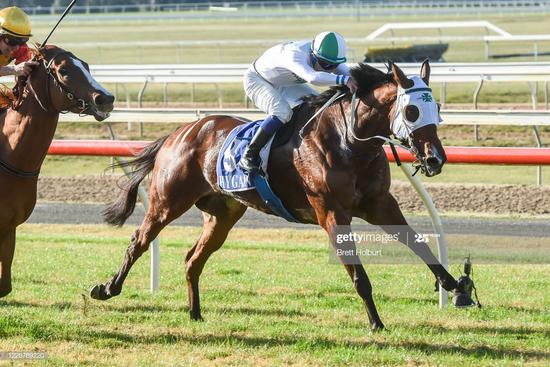 So You Beauty under Campbell Rawiller bought up a double for our training establishment when taking out a benchmark 64 handicap over 1422 m to be at home Gregorian Chant from Across The Way by a narrow margin with the runner a double figure odds to bring up win 2 at start 13 with 5 placings earning connections just over $60k.

So You Beauty ridden by Campbell Rawiller wins the bet365 Fillies and Mares BM64 Handicap at Seymour Racecourse on June 18, 2020 in Seymour, Australia. (Brett Holburt/Racing Photos via Getty Images) MAIN