Laming Racing The Month Of August - Winners In Review. 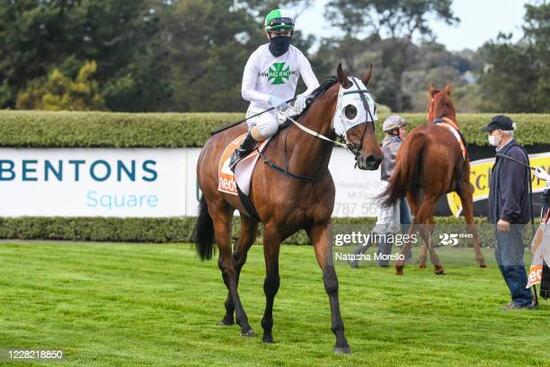 An interesting month of August saw some obstacles that had to be manoeuvered through for the Laming team, though the main thing is racing continues across our stables with the winners coming via two states whilst pressing forward in a positive manner.

The first of the stables victories came on the Ballarat Synthetic with chalking up a Hygain winners choice benchmark 58 handicap synthetic stayers series BM58 Hcp with Michael Walker confidently piloting the race favourite to score by 1.75 lengths to Mr Drew with I Am The Fox third runner in.

Zouy’s Comet is a five year old bay gelding by Zoustar out of the dam Queens Elect, having picked up win number four at start 20 with prizemoney of just under $100,000 for connections.

The second of the stable runners saw Pure Deal take out a win hen the runner scored under Michael Cahill when leaving barrier 1 at the Sunshine Coast on August 23 taking out the 1800 m stayers race by 3/4 of a length in advance of Front Page News.

Pure Deal by Dundeel out of Elegant Attire was good at scoring a maiden win at the start five and showed good staying ability as we look forward to the gelding stepping out next time after this confidence boosting win.

The final winner for the team came via a Mornington victory when Skyt scored a professional win by five lengths under Jamie Kah on August 22 taking out the 3080m benchmark 70 on a soft 5 to be at home Wil John from Zedstar.

Skyt has been a consistent campaigner with the four-year-old bay gelding by Nicconi out of Sky Trist bringing up win three at start 11 handing connections in excess of $145,000 in career earnings, the win now sees the runner taste success between 2060m and 3080m with a positive future likely for the four-year-old Bay.

Thanks to all the support throughout the month of August as we look forward to further results in September.