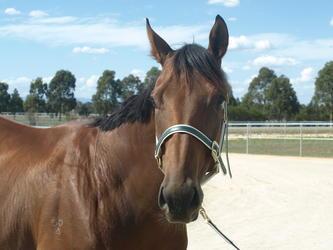 Talented galloper Sea Skye heads back to Flemington on Saturday and he is ready to show his best form.  The son of Stravinsky kicked off his campaign in fine style with a first-up win at Cranbourne before producing a lightning finishing burst to win at his next start at Sandown.

After a luckless run at Caulfield, he went to Flemington and was a little disappointing however he did have a few excuses.  His next run was in the Group 3 Eclipse Stakes at Sandown and he showed he was back on track with great closing sectionals behind Bashful Girl.

Sea Skye heads back to Flemington on Saturday over 1700m and while he meets a weaker grade, he will still have plenty of competition from last start winners Sound Journey, It's Prince and Swooper.  Dwayne Dunn will take the ride for the first time on Saturday and with a good barrier draw, we expect him to run a good race.

Sea Skye is still among the nominations for the $400,000 Group 2 Perth Cup to be held on New Years Day and a good run on Saturday would definitely help his chances of heading across the Nullarbor.