Lamichi ready to display her talents 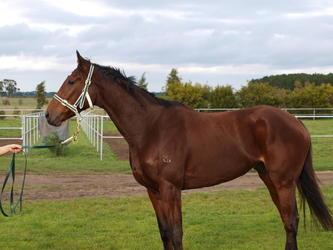 Promising filly Lamichi will step out at Flemington on Saturday in the Rivette Series Final, a $100,000 race for three-year-old fillies.

Although still a maiden, Lamichi has raced out of maiden company for all bar one of her five career starts. Her only start in a maiden was a desperately unlucky third at Traralgon recently when she was beaten by half a length.

Ever since her debut at Sandown, Lamichi has always promised to win her share of good races and that could arrive sooner rather than later. Saturday's Rivette Series Final looks an even race on paper and with a nice barrier and light weight, she shapes as a great winning chance.

Leading jockey Danny Nikolic will take the ride and no doubt he will be impressed with the filly who was bred by Laming Racing out of the Zabeel mare Blaze Em.