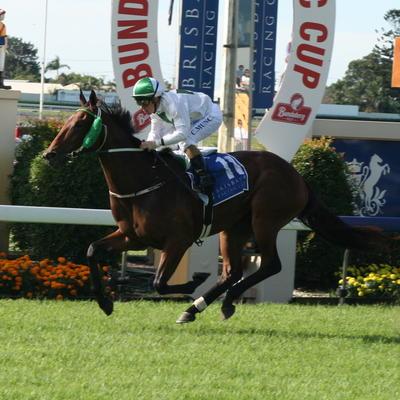 As the 2009/10 racing season draws to a close this weekend, now is a good time to look back at what has been another big year.

It all started early in the season when progressive stayer Crossthestart began his spring campaign with four victories in Brisbane before heading south to Melbourne. Placings in the Bendigo Cup and Queen Elizabeth Stakes proved his ability before he came back in the winter to take out the Group 3 Chairman's Handicap at Doomben. Two starts later, it was victory in the Brisbane Cup, a third success in the race for Laming Racing.

Similarly to multiple wins in the Brisbane Cup, the Eclipse Stakes towards the end of the Melbourne spring is a race that we are making a habit of winning. The 2009 version was taken out by Bashful Girl, a year after Eskimo Dan won the race.

Laming Racing also unveiled a star filly in Ringa Ringa Rosie (pictured). After a barnstorming win on debut at Doomben in November, she endured some luckless runs over Summer before showing her class in the Brisbane Winter. Rosie resumed with a last-to-first win in the listed Hampden Stakes, she followed with a third in the Doomben Slipper and a second placing in the Group 1 TJ Smith Stakes.

Overall, eighteen individual horses in the stable tasted success including other city winners Face The Front, Fly With Me, Crevasse, Sea Skye and Cape Silver.

While it was a positive season, the future looks just as bright with plenty of promising youngsters in the stable. We welcomed plenty of new owners throughout the season and we thank them and our long standing owners for all their support.

Before we step forward to season 2010/11, we have five runners left to finish this season off on a good note. Face The Front and Chiefcomingfirst head back to Adelaide to contest similar races to a fortnight ago where they finished first and second respectively. Promising filly Lamichi rises in distance and should find a more suitable surface when she heads to Caulfield. Rounding out the team are two lightly raced maidens who are both good chances at Bairnsdale in Stationary and Feyfey's Uncle Max.