Look out for the girls 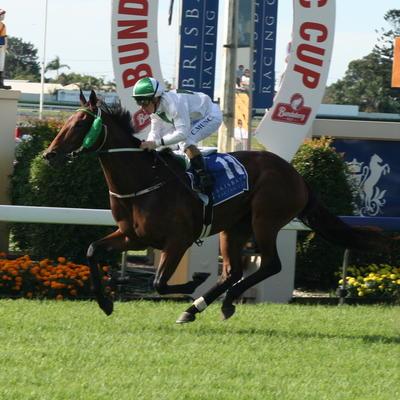 With spring fast approaching our stable is starting to form nicely and at this early stage, it looks as though the girls will be leading from the front.

Headlining our team is obviously the star filly Ringa Ringa Rosie (pictured). She is set to resume on Saturday over 1200m at Doomben before heading down to Melbourne to tackle the Thousand Guineas and possibly the VRC Oaks. She boasts a tremendous first-up record and will be looking to enhance that on Saturday.

Lamichi is a mare who is looking to go places after breaking her maiden status at Sale recently. She is likely to head back to Sale next week and now that she has tasted victory, we expect her to continue her good form. She has plenty of ability and is capable of winning a good race this preparation.

Play Just For Me is somewhat of a forgotten mare. Now a five-year-old, she has only had six career starts for two wins and four placings. Injury has kept her away from the races since her victory on Kyneton Cup day last year, however she has trialled well recently and will be targeting some sprint races over the coming months.

Ms Brown resumed at sale last week after a short break and will keep stepping up in distance at her next few starts with her long term goal being the VRC Oaks. She won her maiden on debut and will be far more effective once she gets over the staying trips. Expect to see her at the races within the next week.

There are also a number of new acquisitions to the team from the Land Of The Long White Cloud. Country Dane, Al Saqeer and Donostia are mares who arrive with strong form in New Zealand and will be ready to get to the races in the next couple of months.

In other news, the entire team at Laming Racing would like to send our best wishes to jockey Danny Brereton who suffered severe back and neck injuries in a nasty fall at Moonee Valley on the weekend. Danny has ridden for the stable for many years with plenty of success. An interesting fact is that Danny rode Bevan's first ever Australian winner back in 1982 and he has ridden our stable's most recent winner, Lamichi at Sale. Our thoughts are with Danny and his family and we hope he has a speedy recovery.