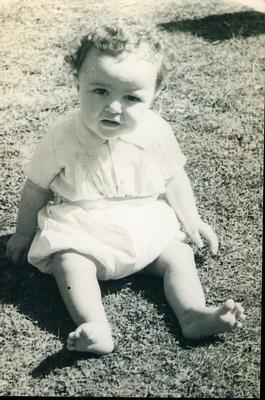 Get the party poppers out and have the fire brigade on standby! This Friday the 18th of November we will be lighting 70 candles in celebration of Bevan's birthday!

Born in Timaru on the South Island of New Zealand, he was the eldest of 4 children.

By the age of 13 he was an expert in skipping school, instead hiding out in a hayshed of a nearby racing stable, which coincidently happened to belong to New Zealands leading trainer at the time, Lionel Pratt. Upon discovering the truent ,Lionel set him to work helping around his stables.

A year later he was an apprentice jockey, which due to weight issues 2 years and 8 winners later he was forced out of the saddle.

Still very young and without many options he next tried his hand at shearing. Whilst working on various stations, Bevans high work ethic made him popular amongst many people he worked around. Ironically it was a shearing contractor that offered him his first opportunity to train racehorses.

To begin with, majority of his horses to train were offered through contacts he had made through shearing. Some of whom were Eddie Brooks, Arthur Munroe and George Connor. 49 years later, Mr. Connor still part owns horses for Bevan, one of which is named Trancing that is making her debut at Cranbourne this Friday 18th Nov.

April 6th 1986 was the beginning of an era in Bevan's life when he moved his stables to the Gold Coast. Bringing 5 trusty steeds with him. One of those being Hasty Lad which won first up over 2000m landing a huge betting plunge and winning enough to purchase the land at Jacobs Well which was subsequently turned into a very successful training facility.

In the following years came great horses such at dual group one winner Desert Chill, St Basil, I'm A Ripper, Rapid Man, Face Value and Cross The Start just to mention a few.

So that is a brief outline of a truly remarkable man who is very humble and probably never has the time in his busy schedule to realise just how great his life story is. Happy Birthday Chief!!