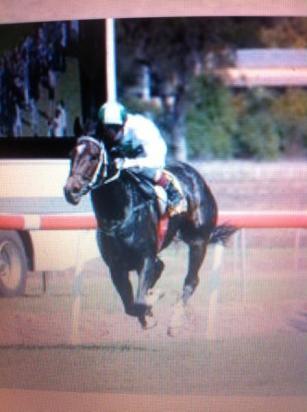 This week we made the 2 hour trip south to have two horses race at the Lismore Cup Day. The first being the 4yo lightly raced gelding Castledale Lad. Having only his 4th race start and first up since April, Michael Cahill rode him positively from his awkward gate 11 to have him leading comfortably before running away strongly for a five length win.

Given time to mature the leggy NZ bred with his four white socks had shown he had ability but can be somewhat finicky in his demeanor making him a little tricky to train. Winning first up over 1400m after a 4 month break from racing and without a trial is no mean feat and is a credit to Bevan and his conditioning of the horse.

Also racing was the veteran Sea Skye making the trip up from Melbourne with the Spring Carnival horses beginning to outclass him, the Lismore Cup over 2100m looked a perfect target. The punters thought so too after his consistent form in Victoria and he started as favourite.

As fate would have it he shifted a plate on his way to the barriers, hurting his foot and ruining his chance of winning. Ending the day which started off so well into a bit of a disappointment but thats racing. The main thing is that both horses are fine and at the end of the day, you can't win 'em all!